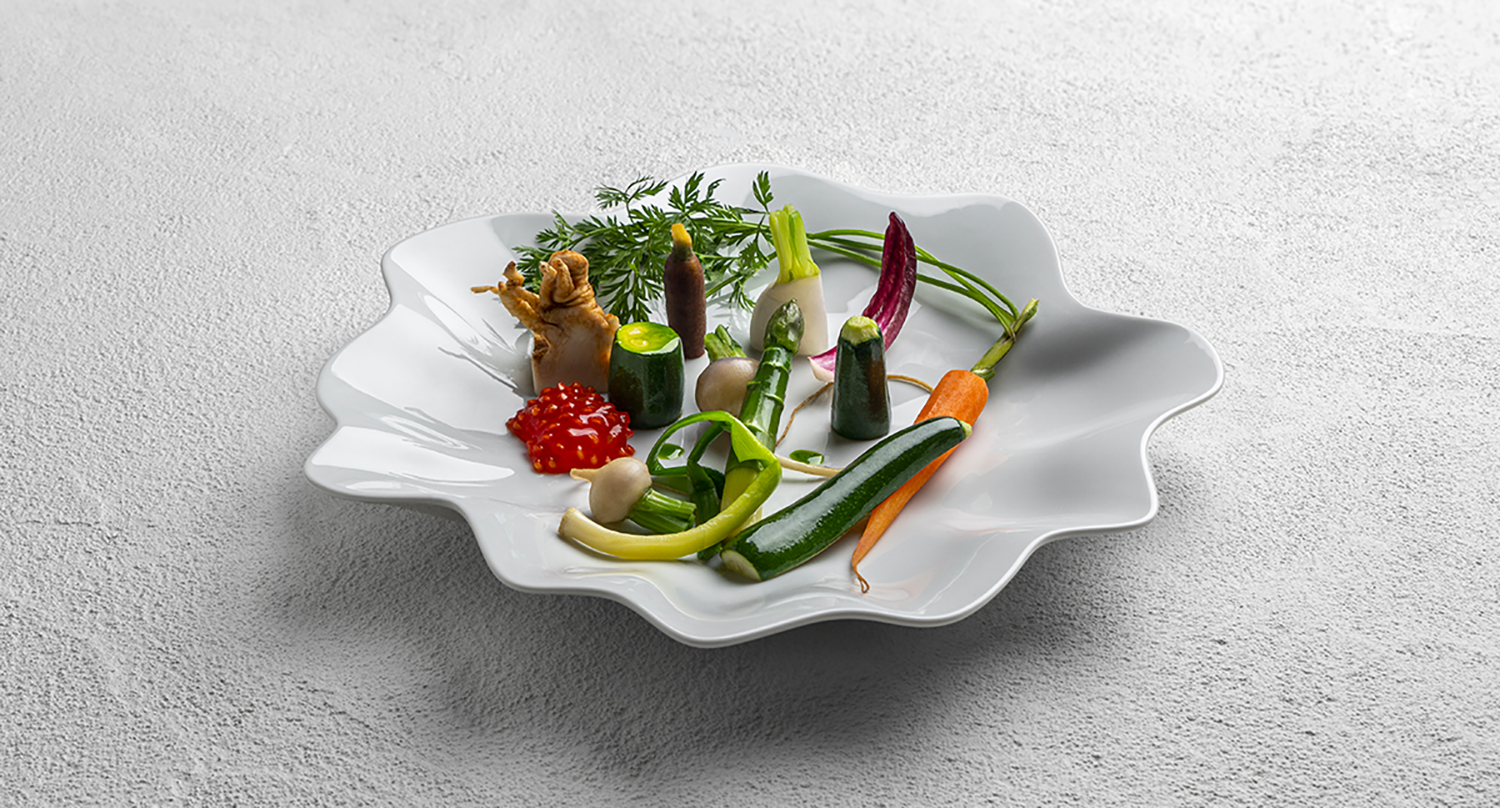 At the beginning men were vegetarian and gatherers. Collecting was a gesture that put in con­tact man and nature with all senses. The first tribal societies were based on this system, where harvest had many meanings: it was nutri­tion, religion, life. Humans used hands to eat, touch and ex­perience nature. The knowledge of plants and fruits was necessary to survival for avoiding eating nonedible herbs. The act of eating was a spiritual moment. This is what we are trying to reawaken at Gramen. 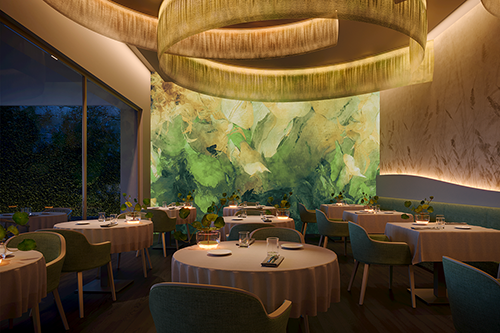 Gramen means grass, herb, gramineous plant in Latin. These are the origin of the most used elements in human diet: cere­als and vegetables.

The new total green menus enhance vege­tarian ingredients and spontaneous herbs, exalting their healthy features. Dishes invite us to discover the surrounding nature, bringing our senses to the energy garden set in the Mediterrane­an microclimate of the lake.

Gramen is not a vegetarian restaurant, nor vegan or pescatarian. Gramen is a path to connect ourselves to nature and its seasonal transformations.

Two seven dish menus using the spontaneous herbs of our en­ergy garden: wild thyme from the Red Phoenix, horsetail from the Black Tortoise, yarrow from the Green Dragon, vervain from the White Tiger and sage from the Centre. These are just few ex­amples. Dishes issuing green aromas, using only fish from sus­tainable fishing and privileging broths and extractions instead of sauces. The design of the Restaurant is a space evoking the texture of a garden: fabrics, finishings and materials create a lit­tle universe of layers recalling flower leaves, blooming onto the magnificent view on the Lake. 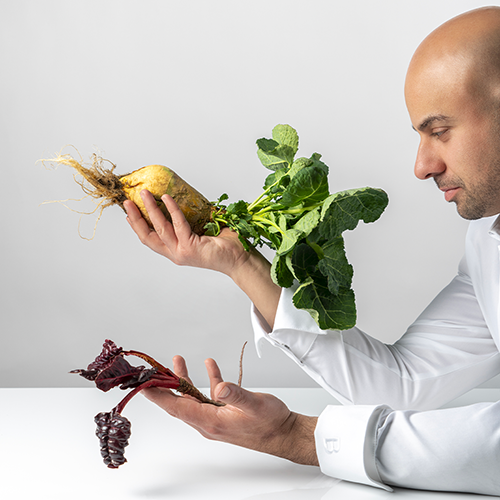 “The opening of Gramen happens in perfect timing for the Group and the Resort, which has already gained quite a record for the SPA. The food concept is perfectly aligned with the wellness phi­losophy”, says Matteo Maenza, Executive Chef at Lefay Resorts & Residences, who has embraced Lefay Vital Gourmet philosophy since his arrival in 2013, adapting it to each food & beverage out­lets of the Resorts.

“Sustainable cuisine is not something which comes with the opening of Gramen, it has always been part of Lefay’s holistic wellbeing, integrated with principles such as seasonality, Italian spirit, local products. Gramen is the natural result of this journey, and Guests themselves are certainly more conscious and self-aware to experience it.”

To create the menus Matteo has deepened his knowledge about healthy cuisine, studying the SPA garden. “At Gramen there’s a narrow connection between food and SPA which may be felt everywhere: in the recipes, in how dishes are served. Everything here recalls on the most ancient sensations and tastes”.