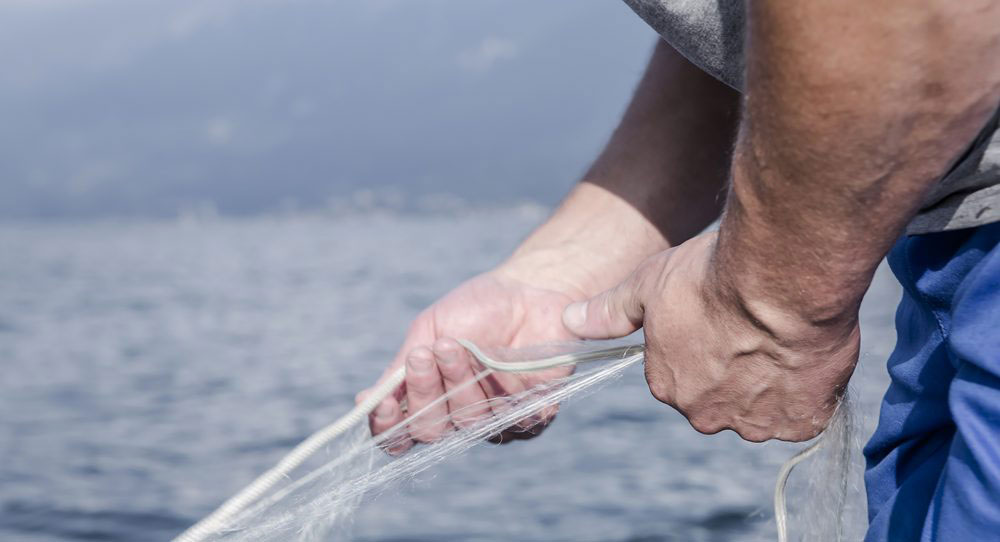 Why eat local produce? The short chain is not only environmentally friendly, but encourages a healthy and conscious way of cooking. It shortens the distance between producers and consumers and eliminates the intermediate steps, such as transportation and general markets. It is a beneficial choice for body health too: local produce does not have an altered genetic makeup, does not need preservation treatment to make it transportable and has unique features not available in supermarkets. That is why the Lefay Vital Gourmet cuisine is oriented towards preferring local suppliers and the enhancement of locally grown ingredients. Among the most interesting proposals are freshwater fish recipes: pike, perch, trout and whitefish are the specialties of Lake Garda.

We asked an expert local fisherman to reveal the secrets of fishing. In Gargnano, they call them the “Frans” because of their Corsican origins: Umberto and his two sons, Marco and Luca, live in a lemon grove on the lake. Outside, a hand-painted sign announces “The House of the Fisherman.” Mr. Dominici has been fishing since he was 13 and learned the trade from his father, who in turn had learned it from his grandfather. 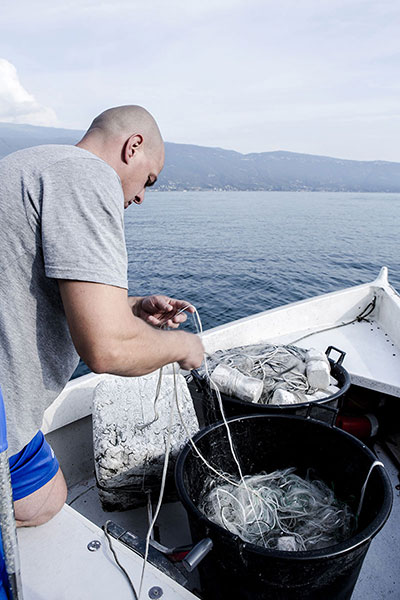 How is the life of a fisherman?
It’s tough, but passion is stronger. We get up at 3 a.m. every morning to go and pick up the nets and deliver the catch. After a break in the afternoon, in the evening we put the nets back in the water.

The nets he is talking about are pieces assembled together, which reach a height of 7 m and a length of 1 km. They are machine made, but hand-finished and fitted out, in particular during periods when fishing is stopped. The size of the catch varies depending on the time of year, but stabilizes at around 60/70 kg per day in the best months.

How is the fish sorted?
Every morning we sell it in town, although the majority of the product goes to local restaurants. Whatever is left we take for wholesale in Sirmione, where it is processed and then exported, especially to Germany.

What do you like most about the job?
Everything! I’ve always done it and passed it on to my children. What I like most is the feel of the nets, their texture; I like working with them and fixing them. It’s a ritual.

You’ve known the lake for a long time; how has it changed? I remember that in the sixties, fish stocks were depleted due to the transfer of water from the river Adige, which were flood prevention measures. Today, the bleak have disappeared and the carpione (salmo carpio) is a protected species in danger of extinction.

In recent years, fish stocks have stabilized, especially due to local restocking of whitefish in collaboration with the Province: once a year in November, we extract the eggs from the females, allow them to fertilize and cultivate them further south, in Desenzano, before replenishing stocks.

From the Lake to the table, the lightness of the spirit of ethical cuisine to be enjoyed in a dish: here are a few suggestions from our chef on how to prepare Whitefish.