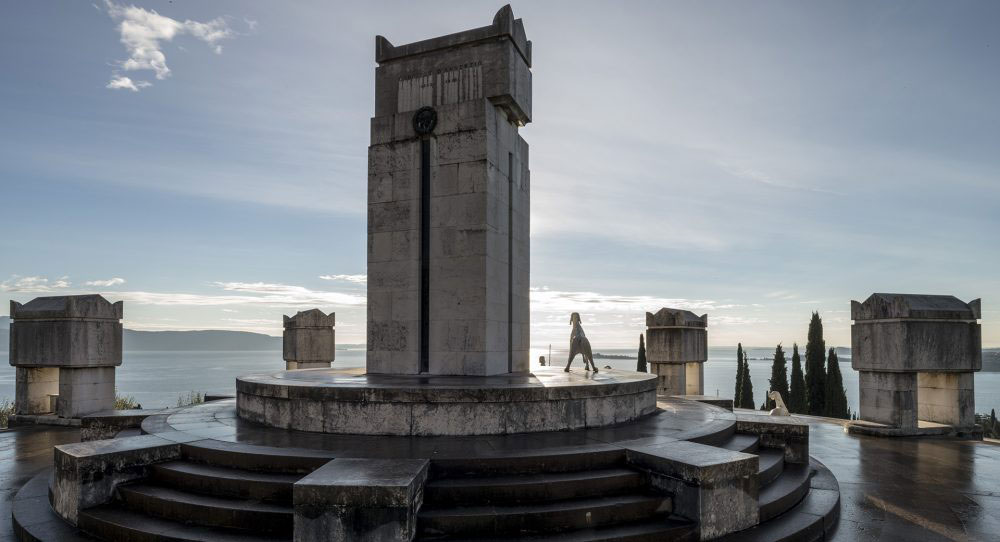 The year is 1921 and in Gardone Riviera, on the Western shore of Lake Garda, a bold character arrives: behind him a tumultuous political career, daring war exploits, five impossible love storiesand four children.

The man is Gabriele D’Annunzio, poet, writer and soldier, as well as leading exponent of the Italianaesthetic movement. “I found here on Lake Garda an old villa that once belonged to Dr. Thode. It is full of beautiful books… The garden is nice, with pergolas and sloping terraces. I’ll stay here a few months, to finally finish Notturno”. 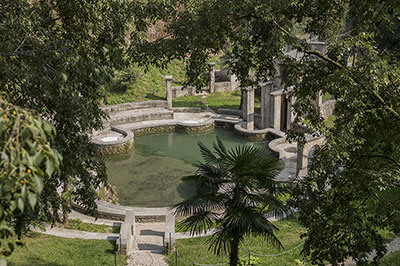 This is what he wrote in a letter to his wife when he decided to rent the villa of the illustrious art scholar for 600 lire a month.

What the letter does not say is that his temporary stay was to become a fulltime residency project, designed by tracing the soul traits of one of the most eccentric artistic and literary personalities of Italian history.

D’Annunzio embodies the literary myth of an inimitable lifestyle and the reliability of an epicurean individuality, bold and spirited.

An essence that emerges to the fullest in the lines of one of his most famous novels, “The Child of Pleasure”, which abdicates social conventions to rise up to the aesthetic cult of art as modus vivendi, as a justification of a corruptet life, as the process of refinement of the senses.

Whether faith or a justification to exonerate a life of vices, no matter: Writers, and especially aesthetes, celebrate these visions in precious collectibles, to be kept hidden, fetishes of a narcissistic belief.

In England, Oscar Wilde, for his Dorian Gray, had opted for a portrait, a legacy of traditional English composure; Gabriele D’Annunzio thinks of something more dramatic: a villa to live in, a house to die in, surrounded by a park with gardens, ponds and fountains.

He decided to crown his exploits in a building, to fence his hunger for fleeting satisfaction, to cover his charms with eternal stones. Hence “Vittoriale degli Italiani” came into existence. The ambitious complex includes the Prioria, the poet’s house, decorated with alabaster statues, relics of diverse origins and aphorisms of self-celebration.

To complete it, the Auditorium, in the dome of which is displayed the SVA 10 aircraft in which, on 9 August 1918, D’Annunzio flew over Vienna to announce, with a shower of leaflets, the Italian victory at the end of the First World War. And then, the biographical Museum; the Ship Puglia, given to him by the Navy, the MAS 96, anti-submarine motorboat with which he made the military incursion known as “Beffa di Buccari” against the Austro-Hungarian fleet in February 1918, and the Amphitheatre, which, since 2011, has hosted the “Tener-a-Mente Festival”, an event attended by well-known international artists. All these areas are open to outside visitors, and tours can be booked.

On summer nights, from the stage, live musical notes reach the top of the Mausoleum, the tomb where D’Annunzio is buried, to perpetuate the belief that in life we must “remember to always dare”. An echo which, in spite of a portrait rotting in the attic, resonates on the shores of one of the most beautiful lakes in the world, where Gabriele D’Annunzio chose to build his home and to immortalize his spirit.

The benefits of Phytotherapy